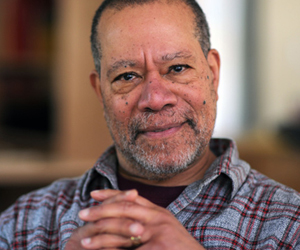 Charles H. Wright Museum of African American History presents the exhibition, Witness: The Art of Jerry Pinkney, organized by the Norman Rockwell Museum in Stockbridge, Massachusetts.  The exhibit features over 140 works by the popular and critically acclaimed artist, who has illustrated over one hundred children’s books that have been translated into sixteen languages and published in fourteen countries.

This exhibition, celebrating an artistic journey that has continued for 50 years, offers memorable perspectives on life’s small but extraordinary moments and on significant historical events that are brought into focus through his art.  The power of classic literature and the meaning of visual storytelling in our lives are made clear in the work of Jerry Pinkney, who became “the voice that others may not have had.”

“This new exhibition examines how this talented artist managed to overcome obstacles and create powerful stories that have literally become the country’s collective memory,” says Norman Rockwell Museum Deputy Director Stephanie Plunkett, who co-curated the exhibition.  “Jerry Pinkney is the master of the American picture book,” says Rockwell Center for American Visual Studies curator Dr. Joyce K. Schiller.  “He has managed to bring historical events to life through the magic of his beautiful and sometimes fanciful imagery.”

Jerry Pinkney’s work has been displayed internationally in countries including Japan, Russia, Italy, and Taiwan, and his clients include former First Lady Laura Bush, who commissioned him to illustrate and design the White House Christmas program, as well as the US Postal Service and the NASA Art Collection of the John F. Kennedy Space Center.  Mr. Pinkney was recently presented with the prestigious Caldecott Medal, awarded to the illustrator of the most distinguished American picture book for children that year.  The recipient of five Caldecott Honor Medals, five Coretta Scott King Awards, four Coretta Scott King Honor Awards, and a lifetime achievement award from the Society of Illustrators in New York, the artist has also served on the Board of the National Endowment for the Arts, and on the National Postal Service’s Citizen Stamp Advisory Council.

Accompanying the exhibit is a 96-page catalog tracing illustrator Jerry Pinkney’s 50-year career producing some of the most highly acclaimed children’s books of our time.  The catalog is filled with wonderful color illustrations and essays written by Jerry Pinkney, Stephanie Haboush Plunkett, Dr. Gerald L. Early, Steven Heller, Leonard S. Marcus, and Dr. Joyce K. Schiller.  Witness: The Art of Jerry Pinkney has been organized by the Norman Rockwell Museum in Stockbridge, Massachusetts.

The Wright Museum, located at 315 East Warren Avenue in Midtown Detroit’s Cultural Center, is open Tuesday through Saturday from 9 am until 5 pm, and on Sundays from 1 until 5 pm. Witness: The Art of Jerry Pinkney is on display through September 9, 2012, and is free with museum admission, which is $8 for adults (ages 13-61), and $5 for seniors (62+) and youth (3-12).  Admission is free for Museum members and children under 3.