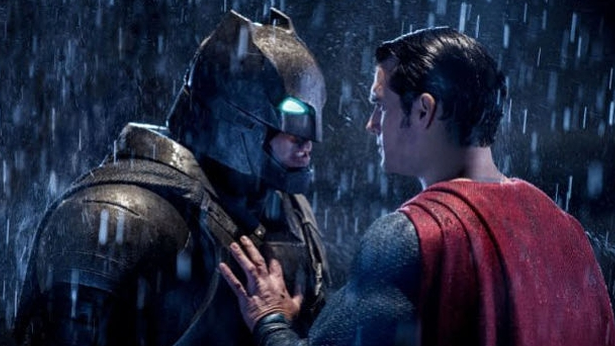 If you were one of the millions of fans who caught “Batman V Superman: Dawn of Justice” in theaters over the weekend, you can now see all of the movie’s key filming locations just as easily.

The biggest project ever filmed in Michigan is being celebrated by the state with a new interactive map of the many Detroit locations that helped bring Gotham and Metropolis to life. The app includes directions, behind-the-scenes footage, set photos and details about the shoot, which took place during the summer of 2014. Here’s a look at five “Batman V Superman” filming locations featured on the new app that are worth the trek to Motor City.

Detroit’s Hygrade Deli plays Ralli’s Diner, where Martha Kent, played by Diane Lane, is working as a waitress. “All of a sudden, here comes Hollywood to the Hygrade Deli,” owner Stuart Litt said of the diner’s unexpected star turn. The movie’s crews spent just one day staging the restaurant and one day filming at the location. Located at 3640 Michigan Ave., the deli is open daily. Headed there for lunch? Make sure you try Hygrade’s famous Reuben.

READ MORE: The Top 15 Movie Tours To Take This Summer

One of the most striking locations in the movie is the Broad Art Museum at MSU in East Lansing. Designed by architect Zaha Hadid, the building’s modern design made it the perfect venue for Lex Luthor’s fundraiser, the one where Ben Affleck’s Bruce Wayne and Clark Kent, played by Henry Cavill, first meet. The museum is also open for free public tours every Saturday and Sunday.

The Masonic Temple is one of Detroit’s most popular filming locations so it was no surprise when it showed up in “BVS.” Fans will recognize it in the movie as the mixed martial arts fight club where Bruce Wayne hangs out. The music venue/wedding facility/movie studio was saved by rocker Jack White back in 2013 when he paid the owners’ $140,000 tax bill. White’s mother worked as an usher at The Masonic when he was a kid and, later, he played on that very stage many times.

Find out who else is playing at one of The Masonic’s three theaters this month, or take a virtual tour of the space at themasonic.com.

Like many manufacturing buildings that were long ago shuttered, the Russell Industrial Center has been reopened, and repurposed, so artists and performers can use the space to pursue their passions. The exterior of the building was also given a second life when it landed a starring role in “BVS,” as the backdrop for one of Superman and Batman’s many showdowns.

It’s also where Batman utters one of the movie’s most memorable lines, “Tell me, do you bleed? … You will.” The Russell Industrial Center is open to the public several times a year for special events. Find a list of upcoming soirees atrussellindustrialcenter.com.

In August 2014, many of the streets in Detroit’s Financial District were shut down so the area could be transformed into Metropolis. But, the Financial District isn’t just a favorite destination for filmmakers; architectural buffs love it, too. Curbed put together an easy walking tour of the region’s architecture a few years ago that still holds up today.

Want to check out more “BVS” filming locations in Detroit? Download the free map at batmanvsupermantour.com.