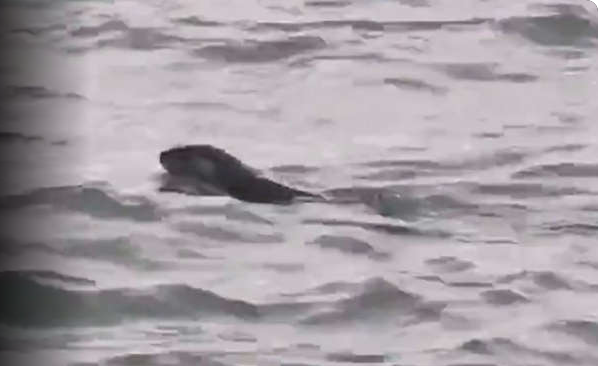 A river otter has been spotted in the Detroit River for the first time in a century.

Eric Ste Marie, a marine ecologist studying at Windsor University in Ontario, told CNN that the remarkable sighting happened after his partner suggested they go for a walk before starting work.

Ste Marie lives on the Canadian side of the Detroit River, which divides Detroit, Michigan, from Windsor, Ontario.

“I spotted something brown and furry in the water,” he said. “Usually when I see something like that, it’s a muskrat or a mink, which are much more common in this area.”

“I realized it was too big to be either of those. As it dove, it didn’t have the flattened tail like a beaver, which leaves otter as the only possibility,” he explained. River otters, semiaquatic mammals that can grow up to 30 lbs. and over 3 feet long, are found across North America, although their range has been significantly damaged by hunting and habitat loss.

Ste Marie and his partner “sprinted a few hundred yards” to the walkway where the otter was headed. He grabbed his camera and then got a video of the otter’s head bobbing out of the water.

“I didn’t even know it was possible to see river otters here,” he said. So he contacted some local experts — who confirmed that river otters hadn’t been seen in the Detroit River for 100 years.

Source: A river otter was spotted in the Detroit River for the first time in 100 years