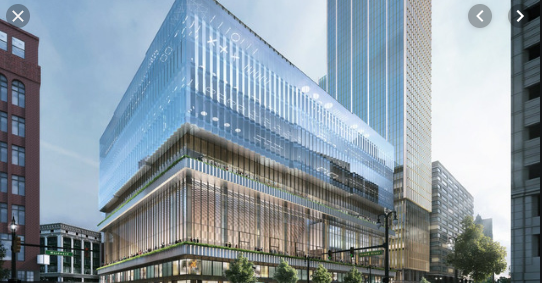 The development at the old Hudson’s site in Downtown Detroit was expected to be the tallest skyscraper in Michigan, but it actually won’t be that tall, officials said.

The building was originally planned to stretch as high as 912 feet, towering over the tallest building, the Marriott hotel at the GM Renaissance Center.

However, according Matt Cullen, the CEO of Bedrock LLC, the Hudson’s building will not top the 727-foot Marriott.

Cullen said when deciding what the building needed, being the tallest wasn’t a priority. Instead, the focus is on making it an iconic development.

Source: Building at Hudson’s site in Downtown Detroit won’t be tallest in Michigan