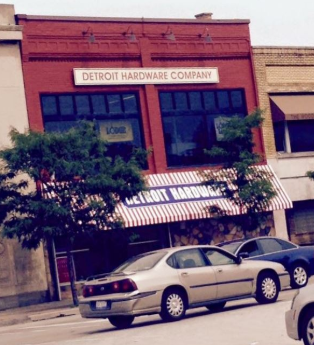 The request was, perhaps, unusual. Janice Slappy was looking for a tool to cut a ring off of a dead person’s hand.

Slappy’s mother had passed away a few days before. Somehow her mom’s wedding rings were overlooked and now the family was struggling to pull them off her hand.

That sense of reassurance was not misplaced. Without missing a beat, Anna Sparkman, co-owner of the Detroit Hardware Co. on Woodward Avenue in New Center, jumped to action.

“You need this,” she said, handing Slappy a pair of diagonal pliers to cut the ring.

As the customer walked out — a look of relief on her face, one less thing to deal with during an already-troubling time — Sparkman smiled.

“That’s what I’m going to miss the most,” she said. “People coming in and helping them figure something out.”