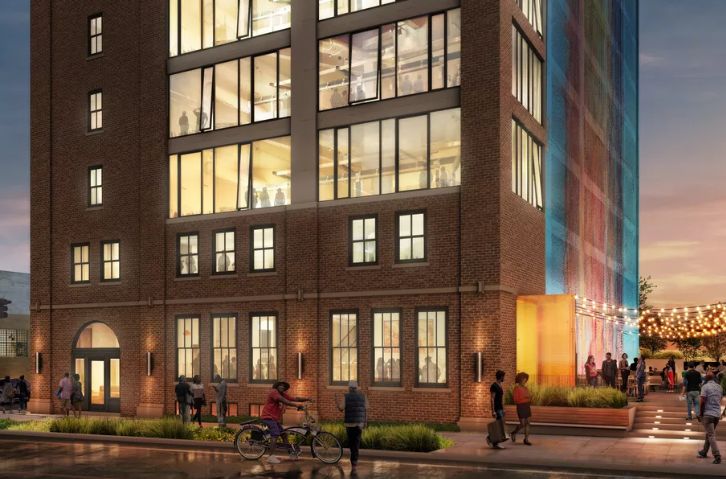 Detroit’s biggest food hall yet is poised to land in an iconic property in Milwaukee Junction. The Platform, one of the neighboring New Center area’s biggest developers, announced recently in a release that it will transform the nine-story, 75,000-square-foot building at 2937 East Grand Blvd. into a food hall and co-working space.

The circa 1913 brick building, which was formerly used for cold storage, has been rebranded Chroma and will retain its best-known feature — a colorful 125-foot tall mural by artist Katie Craig called “Illuminated Mural.”

The Platform is currently working with Craig to restore the artwork (once the subject of a legal battle) and properly light it.

A Florida-based team behind Grandview Public Market is partnering on the food hall project, which will occupy across the first two floors in the building and will house 14 different food and beverage projects, most of which are locally owned.