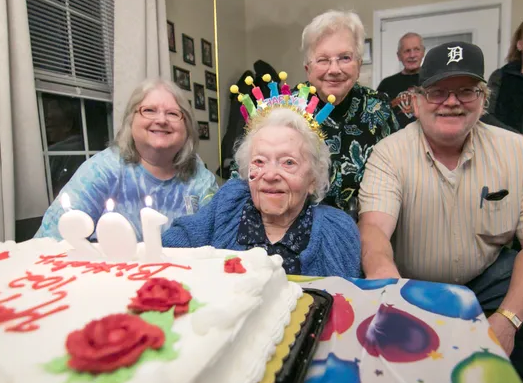 Elvis was in the house, crooning “All Shook Up,” “Blue Suede Shoes” and “Don’t Be Cruel.”

The last of those is part of Spalding’s philosophy on living a good life.

“Being kind to everyone is the secret to living this long,” Spalding said. “If you aren’t kind, you’re exhausted.”

Cecilia Spalding, nee Kuchta, was born Jan. 19, 1917. It was a year the United States would declare war on Germany and entered World War I, women won the right to vote in New York state, Puerto Ricans were granted U.S. citizenship and the year President John F. Kennedy was born.