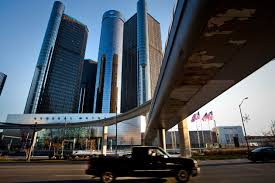 Detroit is broke, but it didn’t have to be. An in-depth Free Press analysis of the city’s financial history back to the 1950s shows that its elected officials and others charged with managing its finances repeatedly failed — or refused — to make the tough economic and political decisions that might have saved the city from financial ruin.

Instead, amid a huge exodus of residents, plummeting tax revenues and skyrocketing home abandonment, Detroit’s leaders engaged in a billion-dollar borrowing binge, created new taxes and failed to cut expenses when they needed to. Simultaneously, they gifted workers and retirees with generous bonuses. And under pressure from unions and, sometimes, arbitrators, they failed to cut health care benefits — saddling the city with staggering costs that today threaten the safety and quality of life of people who live here.

The numbers, most from records deeply buried in the public library, lay waste to misconceptions about the roots of Detroit’s economic crisis. For critics who want to blame Mayor Coleman Young for starting this mess, think again. The mayor’s sometimes fiery rhetoric may have contributed to metro Detroit’s racial divide, but he was an astute money manager who recognized, early on, the challenges the city faced and began slashing staff and spending to address them.