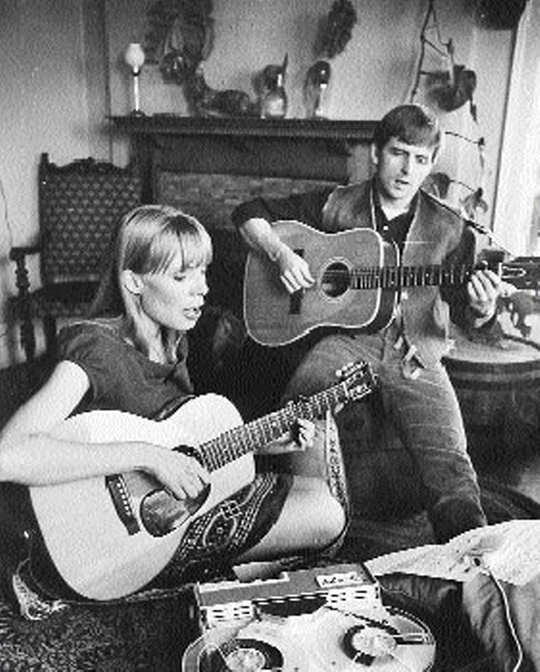 Song takes writer to Joni Mitchell’s Detroit apartment — some 30 years after she moved onJoni Mitchell’s been with me a lot lately. Help me I think I’m falling In love again … The lyrics from her song “Help Me” repeated endlessly in my mind recently — in the shower, at work, during the drive home. The words mean something more for me as an adult. Things a child couldn’t understand when the song was a hit in 1974. It meant even more later when I found myself at her door. For days, I heard the vocals, woodwinds and reeds. They stayed with me so long that I looked up Joni Mitchell in one of my music reference books. I was surprised to learn that she had moved to Detroit in 1965 after marrying local folk singer Chuck Mitchell. Though successful musically, the young couple separated only a year-and-a-half later. I wondered where they had lived and if the building still existed. It seemed like a fun idea to track down Joni’s old haunts. On a whim, I wondered if there was anything about Joni’s Detroit stay in the clippings files of The News. Between editions one night, I went through her file and found just what I’d expected — nothing on her days in Detroit. Same with her photo file. Then I wondered about Chuck. Not only was there a Chuck Mitchell file, it also contained two stories that appeared in the News in early 1966. One of them profiled the folk duo and their “camp” fifth-floor walk-up apartment on the corner of Cass and Ferry by Wayne State. A quick check of Chuck’s photo file provided a bonus — a half-dozen black and white photos which appeared with the 1966 story of the couple in their apartment.