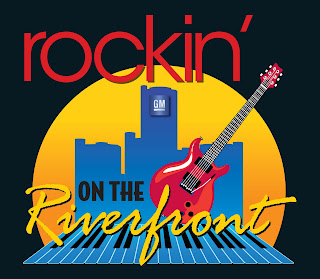 DETROIT – (July 27, 2011) – The Chevy Rockin’ on the Riverfront concert series just kicked into high gear. On Aug. 5, the GM Riverfront Stage will host not one, but two legendary performers. In the 1960s, as a member of the elite Wrecking Crew, Leon Russell played on hundreds of hit records. In the ‘70s he founded the legendary Shelter Records. He toured with Edgar Winter in the 80s, teamed up with Bruce Hornsby in the 90s and, by 2006; he earned a Lifetime Achievement Award. In his 50 year career, Russell has played on, arranged, written and/or produced some of the best records in popular music including Tight Rope and Hotel Heartbreak. Hamtramck-born Motor City rocker Mitch Ryder is credited for giving Detroit its gritty heart and blue-eyed soul. Backed by his Detroit Wheels, Ryder hit the Top Ten charts in the 60s with the hits Jenny Take a Ride and Little Latin Lupe Lu before breaking through with the smash Devil with a Blue Dress On/Good Golly Miss Molly. Ryder pursued a successful solo career throughout the 80s and 90s and continues touring.

Catch Leon Russell and Mitch Ryder performing a phenomenal double bill Aug. 5 on the GM Riverfront stage for the fifth show of the 2011 Chevy Rockin’ on the Riverfront concert series, presented in partnership with Detroit’s Classic Rock Station 94.7 WCSX-FM.

Rockin’ on the Riverfront features classic rock headliners on some Fridays during the summer making Riverfront Plaza a great destination for food, fun and free concerts. Don’t miss the final show of the series next week – Bachman-Turner with opener The Eddie Leighton Project on Aug. 12.

Admission is free and no advance tickets are necessary. Viewing space will be on a first-come, first-served basis and people are encouraged to bring their own lawn chairs and blankets. In addition, boaters on the Detroit River are invited to anchor near the riverfront and enjoy the view of the stage from the water.

Andiamo Detroit Riverfront will provide refreshment and food concessions at several locations on the plaza. Outside food, beverages or coolers will not be permitted. Convenient parking is available for $5 per vehicle at the GM surface lot at the intersection of St. Antoine and Atwater, adjacent to the GM Renaissance Center.

Founded in Detroit in 1911, Chevrolet celebrates its centennial as a global automotive brand with annual sales of about 4.25 million vehicles in more than 140 countries. Chevrolet provides consumers with fuel-efficient, safe and reliable vehicles that deliver high quality, expressive design, spirited performance and value. The Chevrolet portfolio includes iconic performance cars such as Corvette and Camaro; dependable, long-lasting pickups and SUVs such as Silverado and Suburban; and award-winning passenger cars and crossovers such as Spark, Cruze, Malibu, Equinox and Traverse. Chevrolet also offers “gas-friendly to gas-free” solutions including Cruze Eco and Volt. Cruze Eco offers 42 mpg highway while Volt offers 35 miles of electric, gasoline-free driving and an additional 344 miles of extended range. Most new Chevrolet models offer OnStar safety, security and convenience technologies including OnStar Hands-Free Calling, Automatic Crash Response and Stolen Vehicle Slowdown. More information regarding Chevrolet models can be found at www.chevrolet.com.