‘You’re under arrest dad!’: Son of Detroit cop becomes chief for a day and immediately slaps handcuffs on his father

The son of a Detroit Police lieutenant got to boss around his old man for a day after he was sworn in as the police chief as a reward for donating his Christmas money to the K-9 unit.

Seven year old Carter Widmer was sworn in on Wednesday as ‘Chief for the Day’ by the department’s official chief, James Craig.

He flew into headquarters via helicopter, slapped some handcuffs on his father, Lieutenant John Widmer, and spent time with a police dog. 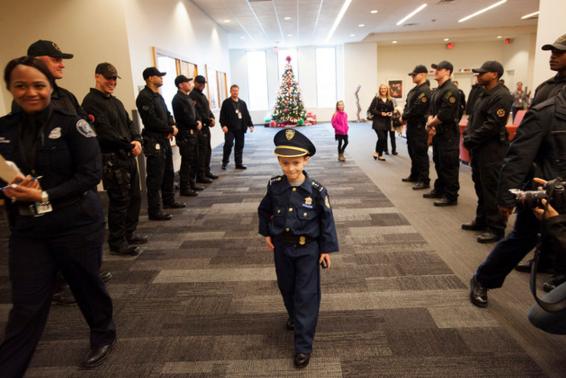 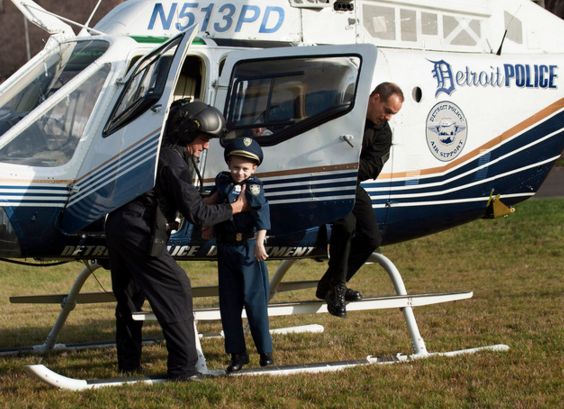 Arrival: Carter flew into headquarters via helicopter and immediately got to work by slapping some handcuffs on his father, Lieutenant John Widmer 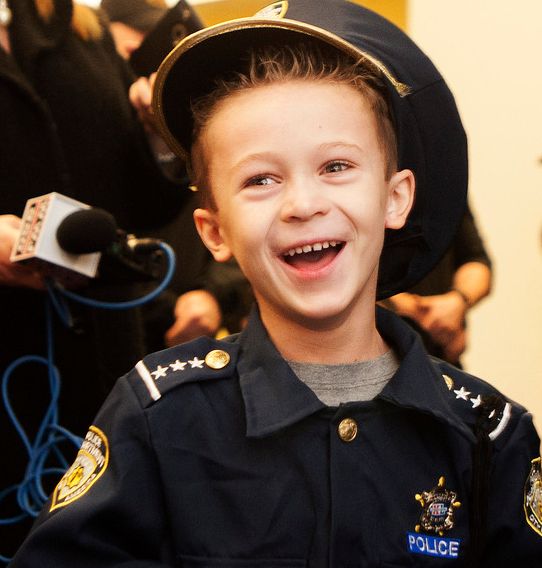 Donation: Carter Widmer donated $250 of his Christmas money to the Detroit Police K-9 Unit and got the job for a day

His mother, Kelly Widmer told The Detroit News: ‘Carter was hoping for a German shepherd for Christmas, but when that didn’t work out, he donated his Christmas money to the department’s K-9 unit. That’s when the chief appointed him as chief for a day.’

The little boy donated $250 of his Christmas money to the Detroit Police K-9 Unit. He has told his patents that he already wants to follow his father into law enforcement.

But he can’t decide whether he wants to be a member of the K-9 unit or the SWAT team.’