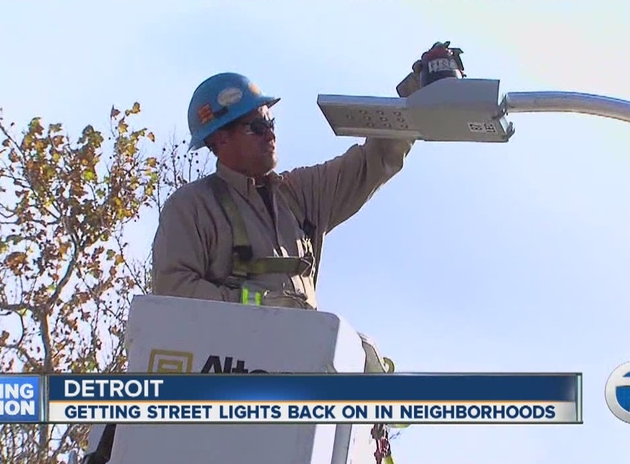 With 65,000 new streetlights, the city sends a message: It’s O.K.to go out after dark. Restaurants feel the glow. So do schoolchildren.

Just before the holidays, on a dark street a few blocks from downtown, a group of public officials crowded onto a makeshift stage before a shivering crowd, flipped a big switch — and the last of this city’s 65,000 new streetlights blazed on.

Let’s hope that if anyone writes a history of Detroit’s rejuvenation, a chapter is devoted to the lights returning. Like picking up the trash, fixing potholes and responding to emergencies, these efforts signal that no matter where you live in Detroit, you are no longer forgotten — that government here can finally keep its basic promises.

The city, postbankruptcy, is led by Mike Duggan, a strong mayor. Its most solid indicator of progress may come this year, with the release of census figures, Mr. Duggan told me. After generations of white and black flight, there’s hope the numbers will reveal, for the first time in decades, the population holding steady or even rising.