“Brewster Douglass, You’re My Brother” to Premiere at The Wright Museum Documentary About Housing Project Followed by Community Discussion 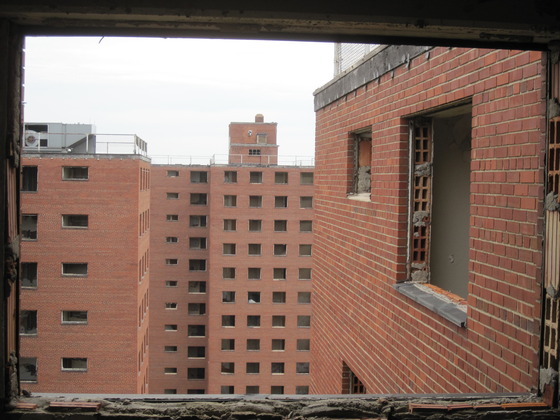 The latest documentary from Detroit filmmaker Oren Goldenberg, “Brewster Douglass, You’re My Brother,” is a response to the ‘blank canvas’ narrative that has been perpetrated by local and national media campaigns about Detroit.

In 1935 Eleanor Roosevelt came to Detroit to break ground on the Brewster Homes, the first public housing project in the country built for black people.  Seventy-five years later, half of the neighborhood has been demolished and redeveloped. The other half stands windowless and seemingly vacant.

This 27-minute documentary takes an unconventional look inside the historic buildings, introducing the viewer to lifelong residents, activists who fought to keep the projects open, and squatters – themselves former residents – who struggle to stay warm through Detroit’s harsh winter.  The film screening is free and open to the public, and will be followed by a moderated panel discussion with former residents, activists, and city planners.  Doors open at 6:30 pm, with the film slated to begin promptly at 7 pm.

With the recent announcement from Mayor Dave Bing regarding the demolition of the remaining buildings, the timing could not be better to premiere this new work, which is the third release in three years by Mr. Goldenberg (The Bicyclist 2011, Our School 2010).  Directed by Oren Goldenberg, the film is written by Paul Abowd and produced by Cass Corridor Films.  For more information please contact Cass Corridor Films at 248-224-9063 or by email at casscorridorfilms@gmail.com.