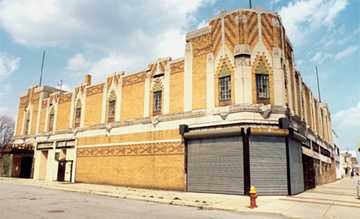 Charles Agree made his entire livelihood in the Detroit area during the 1920s. A Cass Tech graduate, Agree opened his own firm in the Book Tower in 1919 and was commissioned to design the Whittier Towers in the 1920s.

Later, his designs for the Vanity Ballroom and its west side sister, the Grande Ballroom, paved the way for other theatre work in Detroit neighborhoods. The lush ornamentation and textures of the Vanity Ballroom provide an excellent example of Art Deco style in which Agree worked. Built over storefronts with copper and plaster cornice and sash, marble wrought iron grilles, and terrazzo floors, the structure graced an eastside neighborhood near the Hudson Motors, Continental and Chrysler Jefferson plants.

Agree lived in the Boston-Edison neighborhood and was a noted philanthropist in the Detroit area all of his life, until his passing in 1982.