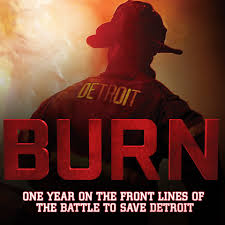 Actor Denis Leary plans to present to the Detroit fire department new equipment paid for by proceeds from a documentary film about the city’s firefighters.

The donation is being made through the Leary Firefighters Foundation. Leary is a “Burn” executive producer and portrayed a firefighter on the TV series “Rescue Me.”

He’s to be in Detroit on Thursday to hand out the new gear, including thermal imaging cameras. Mayor Mike Duggan and Fire Commissioner Edsel Jenkins are to be on hand for the presentation.

Leary also is to host a screening of “Burn” at The Fillmore Detroit.

Filmmakers Tom Putnam and Brenna Sanchez were embedded with Detroit firefighters to make the movie. It has screened in 170 cities.