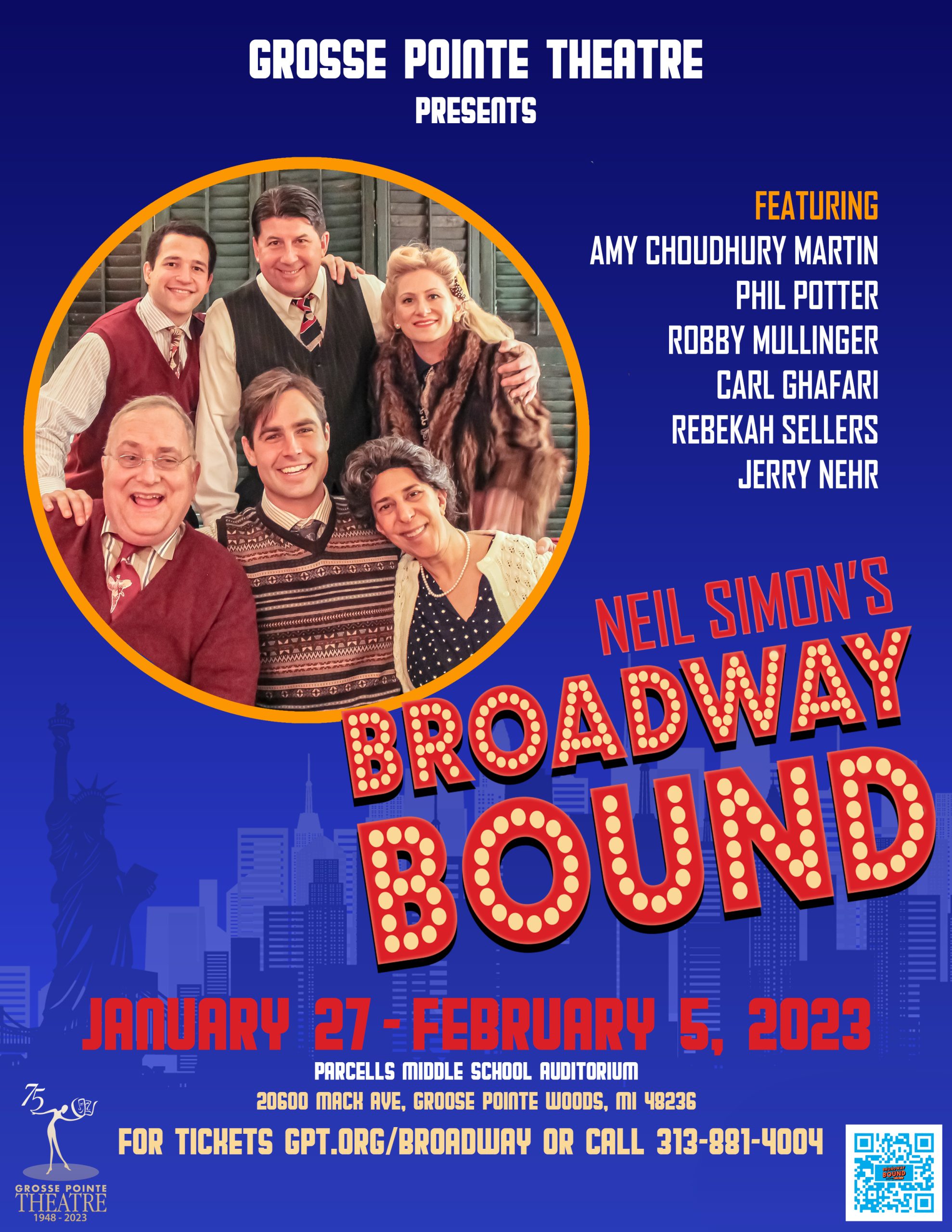 Neil Simon is one of the most acclaimed playwrights and screenwriters of his time. Broadway Bound, the third play in Simon’s semi-autobiographical trilogy following Brighton Beach Memoirs and Biloxi Blues, opened on Broadway at the Broadhurst Theater on December 4, 1986. The two-act dramatic comedy centers on two brothers, good-humored and lovable Eugene, and business-minded Stanley, as they struggle to break into comedy writing for radio, and eventually television, while their parents’ relationship is falling apart. The character Eugene is Simon’s alter ego.

Director Laura Ver Beek is making her mainstage directorial debut at Grosse Pointe Theatre with Broadway Bound.
“Neil Simon is one of my favorite playwrights and Broadway Bound is, in my opinion, one of his very best plays,” Ver Beek said. “It is a departure from many of his other works. It still has brilliant one-liners but, at its heart, it is a drama as opposed to a farce.”

Broadway Bound is a mix of comedic humor and heartwarming family complexities. “It’s a story about a comically dysfunctional family. Who cannot relate to that?” Ver Beek added. “It is compassionate and heartfelt, yet still witty and funny.”

Remaining shows in Grosse Pointe Theatre’s 75th anniversary season include Clue – On Stage, March 2 -12, directed by Olyvia O’Donnell; and the season finale, Something Rotten, May 5 -14, directed by Danielle Caralis.