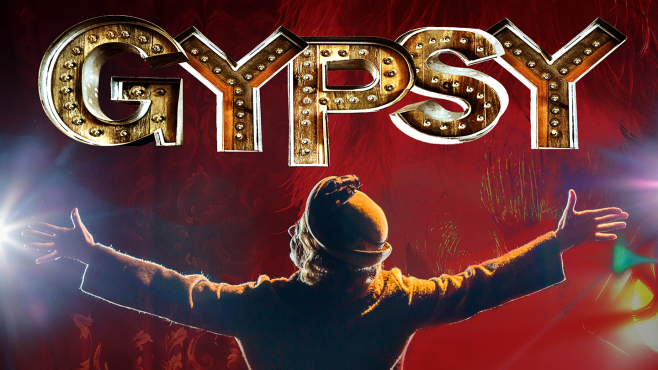 The Mother of all Musicals, GYPSY, comes to St. Dunstan’s Theatre Guild of Cranbrook

Called “perhaps the greatest Broadway musical” by the New York Post, Gypsy tells the story of brassy, ambitious powerhouse Mama Rose, who treks across 1920s America seeking success in vaudeville for her daughters Baby June and Louise while secretly yearning for her own. But vaudeville is dying, burlesque is on the rise, and the girls want autonomy. Based loosely on the 1957 memoir of famous striptease artist Gypsy Rose Lee (Louise), Gypsy focuses on Mama Rose, the quintessential “stage mother.” The score features some of musical theatre’s greatest hits: “Some People,” “Let Me Entertain You,” and “Everything’s Coming Up Roses.”

We regret that St. Dunstan’s Theatre is not handicapped accessible. The lobby and restrooms are on the first floor; performance area is on the second floor. There is no elevator.