eRaise.com Proposes a CrowdFund Pledge Campaign through Its Dough for Hostess Campaign 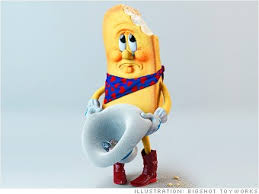 As Hostess Brands, the makers of Twinkie and other snack foods, headed to bankruptcy court last week to begin liquidation plans, a group of southeast Michigan entrepreneurs are proposing to put the power to the people to save this 82-year-old iconic company, and perhaps, some of those 18,000 jobs.  Watch out Wall Street, here comes CrowdFunding.

eRaise was founded in 2012 when Steve Schafer, a successful entrepreneur, partnered with Brilliant Chemistry, a creative technology and ideation studio.  eRaise, the CrowdFunding platform and engine behind the DoughforHostess.com campaign, will sound the battle cry for generations of Twinkie lovers to help the cream-filled sponge cake live on.

CrowdFunding is collective fundraising by a large group of people, who can either donate capital or receive equity stakes in a business.  Equity-based CrowdFunding received overwhelming bi-partisan support in the House and Senate earlier this year, culminating with President Obama signing the JOBS Act into law on April 5, 2012.

“Not only does Hostess represent an iconic American brand and countless childhood memories,” said eRaise CEO Spencer Clark, “but it’s also a metaphor for the current state of America, and the struggle many businesses face today balancing payrolls with profits. That is why we are launching Dough for Hostess. It allows anyone to pledge a little dough to help save Hostess. A year ago, CrowdFunding had limited applications, and little awareness of it’s potential.  When Hostess announced it’s pending liquidation, the founders of eRaise jumped at the opportunity to show the power of CrowdFunding to help save a great American brand.

By visiting DoughforHostess.com individuals can make a financial pledge, starting at $25. eRaise hopes to raise $500 million dollars in pledges, and is currently exploring the best options to help save Hostess. “Your pledge will provide the opportunity to take part in the single largest CrowdFunding campaign in history, said Clark. “We’re secretly rooting for Twinkie, but we’ll leave it up to America and the power of the crowd to decide.”

The U.S. Securities and Exchange Commission is currently working on specific rules and guidelines for equity CrowdFunding, while also ensuring the protection of investors.  Once equity based CrowdFunding receives final SEC approval in 2013, it will allow entrepreneurs to raise capital by selling shares in private companies to the general public.