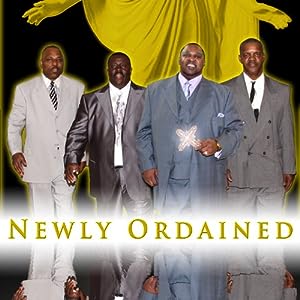 Here is some of the groups history:  Carl Porter has performed publicly since childhood, when at the age of five he sang at his mother’s barbecue restaurant in Memphis, and continued in school after moving to Detroit when he was ten, before joining R&B group The Confronters and gospel group One Accord.  Detroiter Michael Russaw started singing in the church choir at age eight.  At nine, he was playing piano, cello, violin, and drums.  He too sang with various groups before joining The Five Special at age 18, then performed for five years with one of the Dramatics groups until they disbanded.  Juan Rogers sang throughout high school at River Rouge and through college at Oral Roberts University, before joining music ministry Soul’s A Fire and singing quartet Message.  Rodger Sims also sang throughout school and with various groups until finally joining Carl Porter, who he had met in school, and performing together as CR, appearing on television and on stage in the Detroit area.  In each case, various events brought them back to music ministry, and Newly Ordained was formed.