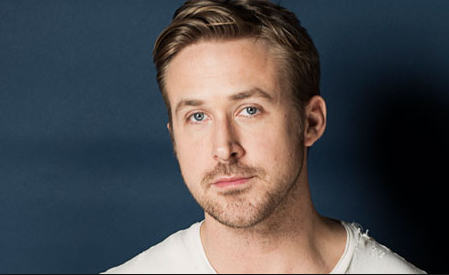 Actor Ryan Gosling, who spent a fair amount of time in Detroit making his movie “Lost River,” says interesting things about the city.

Gosling, who is one of the stars in the mortgage meltdown movie “The Big Short,” comments on the economic collapse of Detroit that he saw while in the city, according to Julie Hinds of the Detroit Free Press.

“I think it’s sort of like you’re looking down the barrel of it when you’re there,” says Gosling of the devastated portions of the city that he used in “Lost River” to haunting effect, Hinds reports. “But it’s also what’s so inspiring to be there, that sort of spirit of Detroit is so palpable and strong that I was very moved by it and moved to write a movie and direct it there, so I could try and capture that in some way.”

Hinds reports that Gosling came to Detroit to play a political operative in 2011’s “The Ides of March” and then he stuck around to research and film his 2014 directing debut. “Lost River. ”

He goes on to say:

“There’s a spirit there and a creativity there. I feel like cities like New York and Los Angeles have been shot so much (for movies). Detroit is one of the great American cities and one of the great cities in the world and I think it’s time that film recognized that. I feel like I could shoot so many movies there and you would have no idea you were in Detroit, there are so many facets to it.”