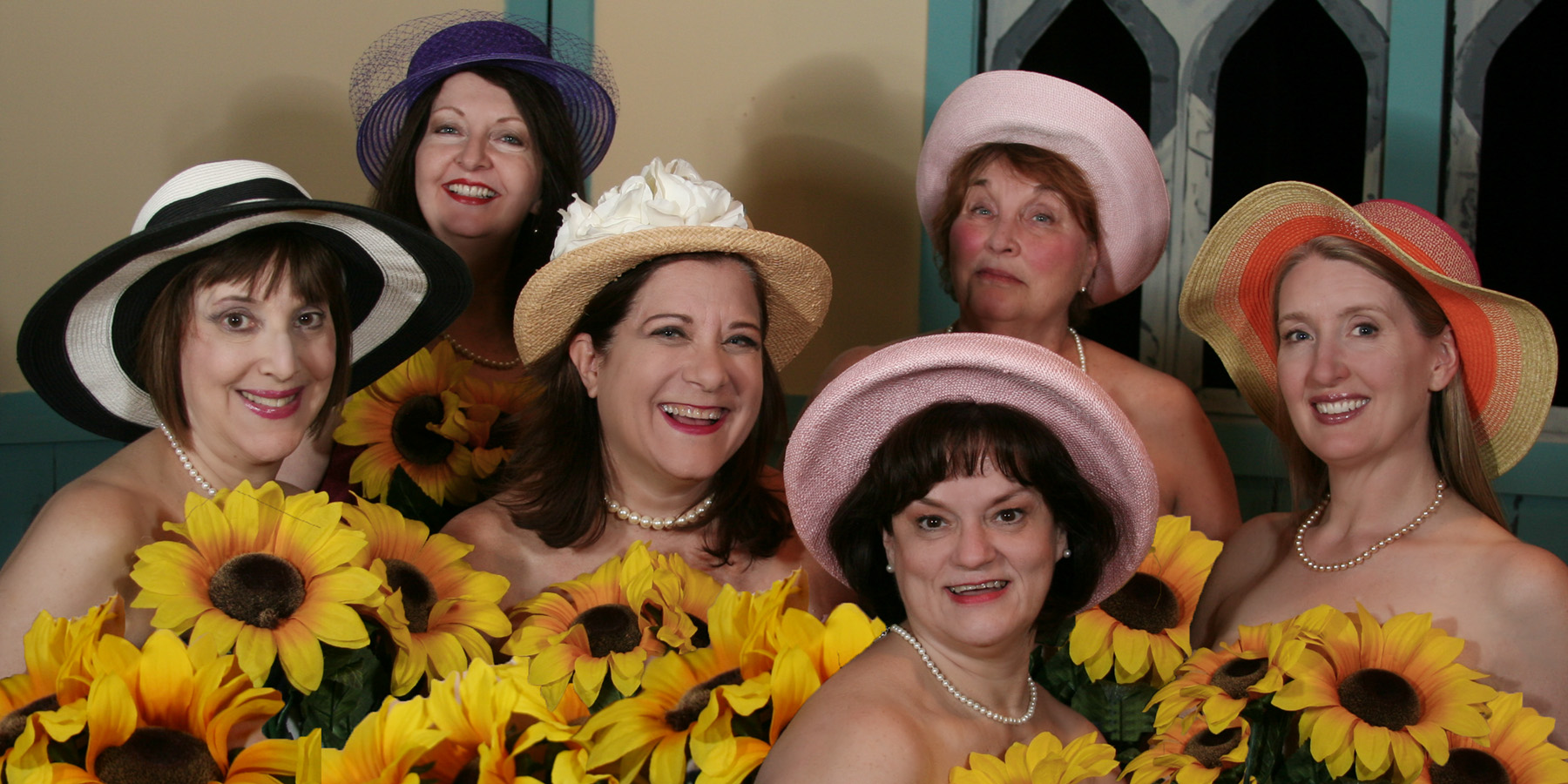 See all of the Calendar Girls
AT ST. DUNSTAN’S GUILD OF CRANBROOK

The senior women of Knapeley Village, England bring new meaning to Girls’ Night Out when they decide to pose nude for a calendar to raise money for a new settee for the local hospital waiting room. Anarchy ensues when the “Calendar Girls” defy their church’s conservative fundraising protocol and spice it up with the amateur photographic help from the hospital porter.
The news of the women’s charitable venture spreads like wildfire, and hordes of international paparazzi descend upon the quaint little town in the Yorkshire Dales. The calendar is a success, but Chris and Annie’s friendship is put to the test under the strain of their new-found fame.

St. Dunstan’s Guild of Cranbrook presents Calendar Girls, a touching comedy about life-long love and friendship, March 17- April 1st, 2017. Adapted from the screen by Tim Firth in the film that featured Helen Mirren as the mastermind behind the “alternative calendar,” Calendar Girls will have you laughing, crying, and leaving the theatre with a good feeling about the world around you.
Based on the true story of eleven Women’s Institute members who posed nude for a calendar to raise money for the Leukemia Research Fund, Calendar Girls opened at the Chichester Festival Theatre and has since become the fastest-selling play in British theatre history.

Director, Sandra Prokopp (Troy), is a familiar face around St. Dunstan’s and has directed many productions over the years. “I’m so thrilled to be directing Calendar Girls this year. When I first read the script, I was drawn to this play,” says Prokopp. “It offers something for everyone, because it deals with many different emotions and complexities of friendships. Moreover, the play offers some interesting roles for our more mature actresses.”

St. Dunstan’s: Established in 1932, St. Dunstan’s Theatre Guild of Cranbrook is an independent, non-profit organization committed to producing quality theatre in the community. Every member of St. Dunstan’s is a volunteer.