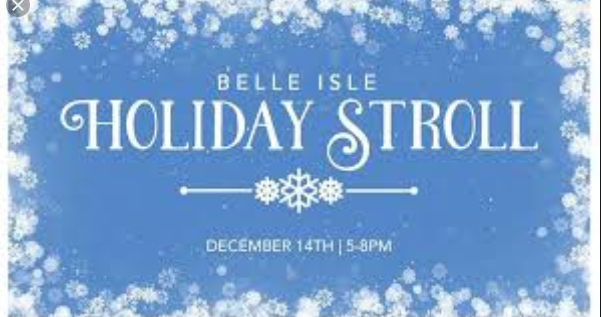 Each institution will be open after hours for guests to tour and will host holiday attractions and activities that include the Pewabic Street Team, Santa’s Workshop, various crafts, a food truck court, and holiday photos. Several performing arts ensembles from the Detroit Public Schools Community District will provide live entertainment, as well as WellSpring Choral and “the Urban Violinist” Kym Brady. In addition, Belle Isle Conservancy will host the first-ever Belle Isle Holiday Stroll Winter Market at the Belle Isle Casino with a small selection of local vendors to participate in the pilot program.

“We are excited to use the inaugural Winter Market as an opportunity to welcome local businesses to Belle Isle and share homegrown holiday cheer with the community and surrounding neighborhoods,” says Michele Hodges, President & CEO of the Belle Isle Conservancy. “You will find that there’s a little something for everyone here in Detroit’s Backyard!”

The Michigan Department of Natural Resources Law Enforcement Division will host “Stuff-a-Truck” with the goal of filling an entire patrol truck with new toys to be donated to children in need. In addition, various locations will collect new toys as part of the Toys 4 Tots program.

In an effort to provide some parking convenience and to keep traffic flowing smoothly on the island, Belle Isle Holiday Stroll guests will be able to park and ride with shuttle service being provided to each participating location. Shuttles will run in 15-minute intervals and will include two ADA accessible shuttles.

A full event schedule is available on the Belle Isle Conservancy’s website at www.belleisleconservancy.org/holidaystroll and on the event’s Facebook page at https://www.facebook.com/events/331106941088616/.